“World Whisky of the Year” Alternatives

Alberta Premium Cask Strength has been awarded quite a few accolades since it was first released in October of 2019. When it first hit our shelves and we had a chance to taste it, I wrote up my own tasting notes for our web description. I ended up being a whisky Nostradamus with this comment:

This is going to win some awards, and rightly so. It has been a long time coming, but it is great to see Alberta Distillers showcase what their 100% Rye is capable of.

My comment is now easy to stand by – Alberta Premium Cask Strength has been given high marks and awards by Whisky drinkers’ professional and hobbyist alike.

Now it has become one of the most talked-about whiskies this year, joining the likes of Pappy Van Winkle, Ardbeg LatestStrangelyNamedSpecialEdition, Yamazaki ANYTHING, and a host of others that people ask for at liquor stores where the answer usually starts with “No, but we do have…”. This is followed by the staff person at the liquor store showing you some potential alternatives that you may enjoy just as much.

This response often comes as a disappointment to the potential customer trying to track down the bottle, which is understandable. If you are that potential customer: I am sorry. You were excited about getting their hands on the Alberta Premium Cask Strength and likely wanted to taste for yourself what this “World Whisky of the Year” is actually like. It does not help you if I say it is a great whisky, and deserving of this attention because that will not get you any closer to acquiring a bottle of it.

What I can tell you are there are plenty of great whiskies out there, just waiting to be discovered. There may even be some that you personally enjoy more than that elusive unicorn bottle that is impossible to find. If you keep an open mind and are willing to try some bottles out, you might find one or two that you fall in love with.

Or you might end up like me, falling off the deep end and discovering that you love all whisky, be it Canadian or Scottish or peated or made with rye or barley or corn or a combination thereof. There are many amazing whiskies being made and bottled – and that is why we carry hundreds of different labels and styles in our whisky section. 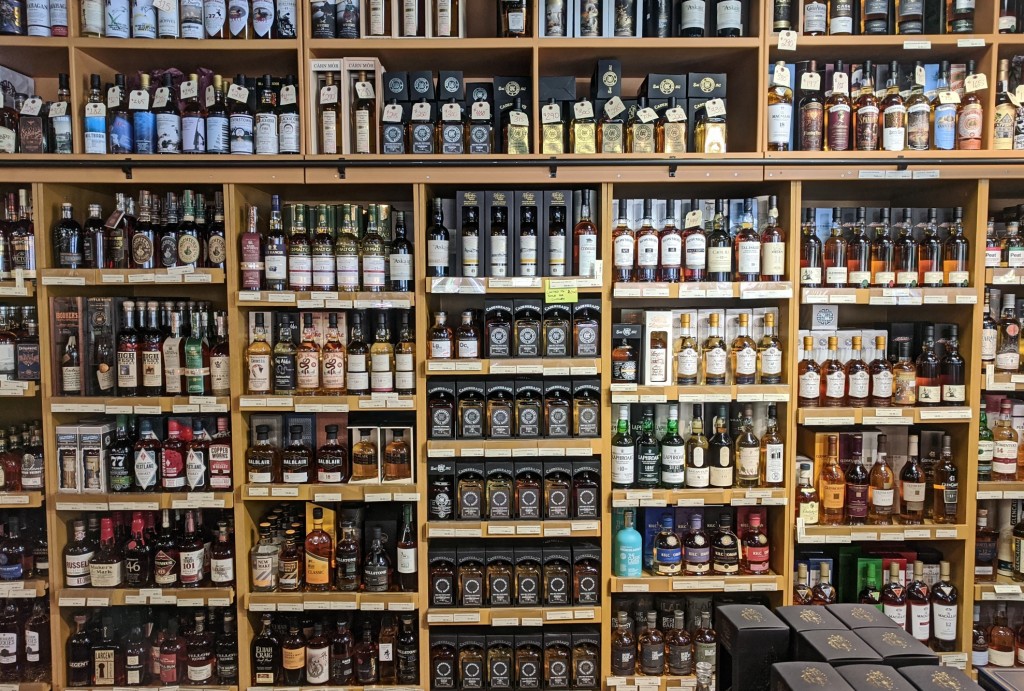 Looking at the shelf can be daunting. Where do you start? For today, let’s focus on possible alternatives to the whisky of the moment: the Alberta Premium Cask Strength.

Here are some worth a look:

Looking for another “World Whisky of the Year” that can make you feel all warm and fuzzy inside because it is Canadian? Then look no further! The Crown Royal Northern Harvest was chosen by the man in the Panama hat as ‘World Whisky of the Year’ when he wanted to sell copies of his 2016 edition Whisky Review Book. You might remember seeing it in the press back then. Do you recall what happened? People were driven to a frenzy trying to track down bottles of the Northern Harvest Rye, and liquor stores everywhere quickly ran out of stock (including us). Some shops that did have stock left decided to jack the price up a little or a lot (definitely not including us). Then we all had to wait a few months until another batch could make its way to shelves. It eventually did, and now it is very easy to get your hands on this bottle and taste it for yourself!

We cannot always get our hands on this as it has become an annual limited edition. We do stock it when we can though. It is another great 100% Canadian Rye bottled at cask strength. It is made by the Hiram Walker Distillery in Windsor, Ontario. The Head Distiller that is responsible for the Lot 40 Cask Strength is one of the most recognized and respected people in the Canadian Whisky industry: Dr. Don Livermore.

This 43% ABV version of the Lot 40 is a regular release and more widely available. It is also very well priced and definitely worth a taste if you are a rye or Canadian Whisky fan. 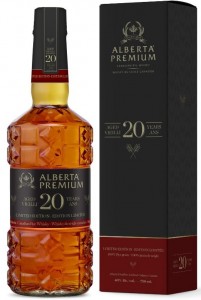 The 20 Year Old Alberta Premium was released at the same time as the Alberta Premium Cask Strength, back in October 2019. It is the oldest whisky to be released by Alberta Distillers since the did a 25-year-old they released in 2006 and a 30-year-old in 2011. Both the 25 and 30-year-old are now impossible to find and highly sought after by Canadian Whisky lovers. I am a whisky drinker and not a collector, but if a person was looking for a bottle to speculate on instead of cracking open then the Alberta Premium 20 year might be worth a look. Plus, if it doesn’t go up in price, you still have a good whisky to drink!

It may sound strange, but a few American Whiskey brands like Whistle Pig and Masterson’s have done more to showcase the amazing 100% Rye whisky than Alberta Distillers itself has over the past decade. Whistle Pig Farm and Distillery are located in Vermont. The distillery first made a splash when it started some great rye whiskey back in 2015. The big catch? They actually sourced that whisky from Calgary, Alberta’s own Alberta Distillers and then bottled it themselves. This is more than just your regular bottle of Alberta Premium, though. Whistle Pig Rye is 10 years old, aged partially in virgin oak casks and bottled at a respectable 50% ABV.

Let’s take a look at a few American Rye Whiskies as well. While the Michter’s name has a long and storied history, the Michter’s Distillery of Louisville, KY has only been in operation since 2015. Any whiskey bottled that is older than that was sourced from other distilleries, typically within Kentucky. Luckily, the quality of anything bottled with the Michter’s label on it is typically high, regardless of their original provenance. Other than their single barrel products, Michter’s typically bottles their whiskey from selected small batches of 20 barrels or less.

Even though it comes to Kentucky, this Rye Whiskey from Michter’s does a lot of what AP Cask Strength did, but at a lower ABV. While this is not a Canadian Whisky, nor is it made of 100% Rye (It is a mash of Rye, Corn, and Malted Barley). However, it is an excellent Whiskey and widely available. American Straight Ryes use heavily charred virgin oak barrels for ageing, and I find that compliments the sweetness and spiciness of the rye grain used to a wonderful degree.

Coming from Brueckelen Distillery of Brooklyn, New York, the 77 Bonded Rye is made from 100% Rye Grain and aged for four years in virgin oak casks before being bottled at 50% ABV. It is dense, rich, and full of earthy and spicy notes. It would probably kill in a cocktail, but I love this on its own.

This Rye from Zuidam Distillery in the Netherlands is a fantastically well-made whisky that showcases the earth and spice of the grain as well. It also gets into deeper clove notes and even a wonderful touch of black licorice. Like the 77 Bonded Rye from Brueckelen above, this is a dense and rich whisky that shows very different from your typical Canadian style Rye.

Park Distillery Rye Whisky (if you can find some)

Back to Alberta Rye, this time coming from Banff! If you are searching for a bottle of Alberta Premium Cask Strength because you love Rye but also love chasing Unicorns, then Park Distillery’s Experimental Whisky Project Releases just might be for you! As of this writing, Matt Hendricks and the Park Distillery team have released 3 batches of their 100% Rye Whisky in a very limited fashion: Each release has been from a single cask put into 375mL bottles. I have tasted and enjoyed all three and I am looking forward to tasting future bottles as they are released. Many of the Experimental releases will only be sold through the Park Distillery and Restaurant in Banff and a few lucky liquor stores.

So! As you can see, there are plenty of whiskies available. This is just a small fraction one portion of a certain style of whisky that is available right now, on our shelves and elsewhere, waiting for you to discover. I could go on about more great Canadian Whisky such as Orphan Barrel Entrapment, Canadian Club 41 and 42 year old as well as the High West Rendezvous Rye from Utah, Stalk & Barrel Rye from Ontario, and the always awesome and affordable, but let’s leave the list as it is. Yes, these were not all dubbed World Whisky of the Year by that one guy – but many of these are available for purchase right now.

We make some great whisky here in Alberta, and in Canada as a whole. Great whisky is being made all around the world! It is worth celebrating and drinking! It is up to you to decide: Do you want to chase unicorns or do you want to drink great whisky? Either way: best of luck on your hunt!

This entry was posted in Whisky. Bookmark the permalink.