"Octomore has always challenged convention. Many preconceived ideas about whisky have been overturned but perhaps the most provocative stigma still to be shattered is that which surrounds age. Distilled from Scottish barley in 2016, this three year old Octomore 10.4 is the youngest ever released, yet the most impressive. Standing alone in any heavyweight line-up, the depth, balance and composure of this Virgin Oak release is astounding. Twenty-eight casks cut from Limousin oak have been subjected to a high toast before making their way to Warehouse 12 for filling. Their high tannic impact is subsided by a high toast level which gives way to a dry fruit character that is impeccably well-rounded."

Character: A dram of depth and worth taking some time to get to know. Greater than the sum of its parts with each of those parts having an individual story of their own.

Finish: Oak driven, coconut, tobacco, vanilla, then smoke. The time in the cask has calmed the smoke, both through the phenols lowering naturally over time and the influence of the oak becoming greater.

"Our Octomore single malts have defied received wisdom since they were first distilled in 2002. Adopted by the quietly confident, Octomore has gathered a dedicated following over the years.Â Now reaching its 10th series, our new iterations explore a different realm of â€˜softer smokeâ€™. We ask you to dismiss the numbers, and forget everything you think you know. Experience the liquid for yourselves. An openness for the unexpected is encouraged in its creation, so too in your reception.Â Forget about whisky. Forget about the Octomore you thought you knew. This series will destabilise even the most devout aficionado. Complex, layered, and endlessly alluringâ€¦ with instinct over obsession. This is Octomore 10." 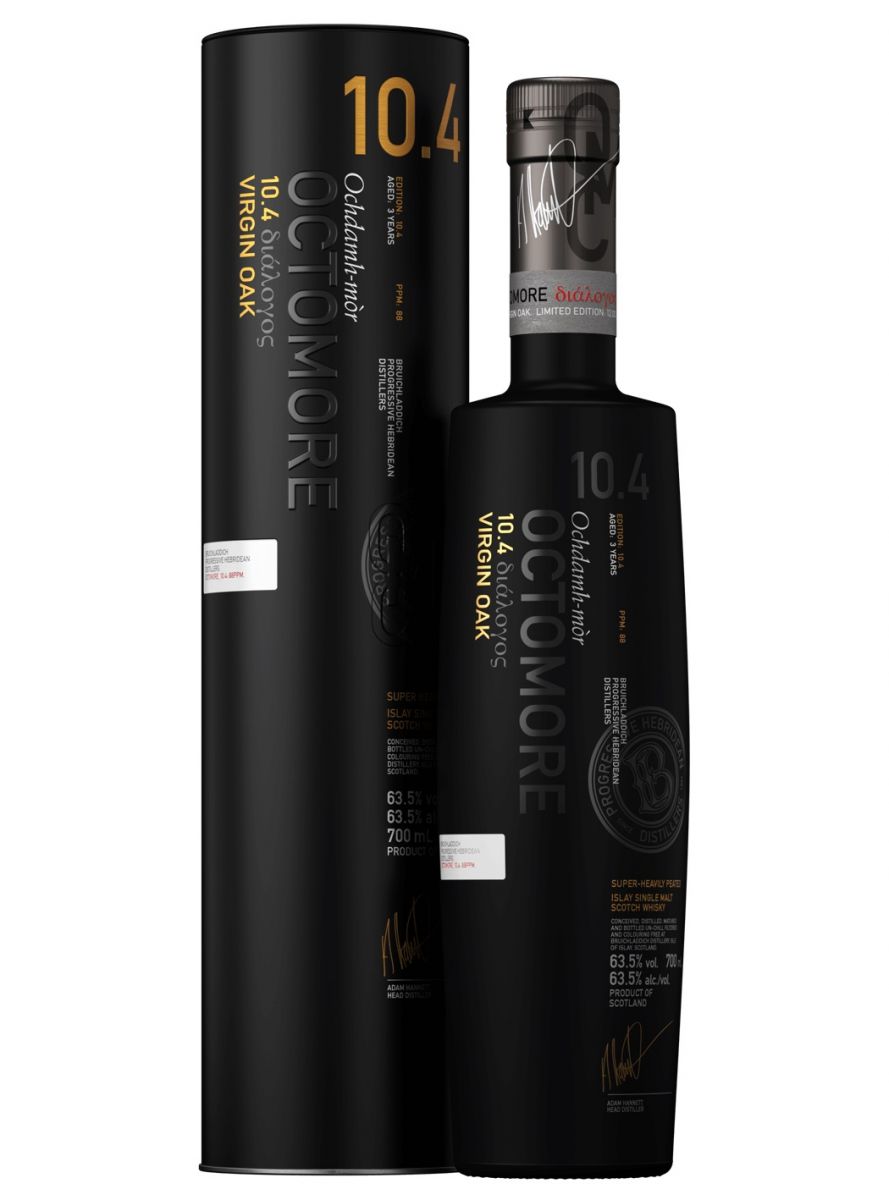 At Kensington Wine Market, we take pleasure in helping you chose the perfect gift for any occasion.
LET US HELP

Treat your special someone to a surprise gift selection on a regular basis. Give your friends, family or clients an opportunity to sit back, relax, sip and enjoy