by Evan and Andrew 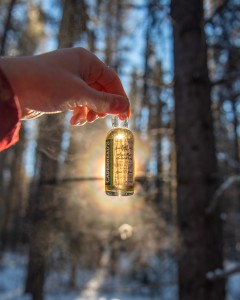 We have another Cadenhead single malt today, and will thus continue the Cadenhead Tale with Part IV. When we left off with George Duthie’s untimely demise, Ann Oliver took over. For the next 4 decades Ann Oliver, who is remembered as something of an eccentric, ran the business how she saw fit. She was better at purchasing than selling and had a reputation for buying liberally and often. When she was finally forced to retire the Cadenheads warehouses were overflowing with not just wine and spirits, but also empty bottles and labels. But that wasn’t the worst bit of news, it seems Ms. Oliver was also not a fan of bookkeeping and had kept practically no records. Without records, the bank deemed Cadenheads insolvent and the business and all of its assets were put up for auction by Christie’s in early October of 1972. The sale’s catalogue ran to 167 pages.

The auction caught the attention of Hedley Wright, owner of Springbank Distillery in Campbeltown. While the firm itself and its whiskies would certainly have been of interest to Mr. Wright, it was the stock of empty bottles that most interested him. There was a shortage of glass bottles in the UK at the time. In the end, Hedley acquired Cadenhead through J&A Mitchell, and in the terms of the agreement, it was made clear that he wanted Cadenheads stock of empty bottles. The sale went through, but the bottles were never found…

That concludes this bottle’s history lesson on Cadenheadâ€™s. More to come in Part V, the start of the Cadenhead’s modern era! Now: onto the distillery.

Balmenach distillery was (officially) founded in 1824 when it was licensed to James MacGregor, who came from a family of farmers and illicit distillers. MacGregor at the time operated the similarly named Balminoch Farm when the local Gauger showed up for an impromptu inspection of the farm buildings and their contents. The Gauger â€˜suggestedâ€™ to MacGregor that he obtain a distillery licence after he tried to tell the man that a building which held an illicit still was just a simple peat shed. Obviously, that excuse did not fly, and luckily MacGregor was smart enough to listen.

This was one of the earliest licences granted after the Small Stills act or Excise act of 1823 came to power. This was the piece of legislation that laid the foundation for the Scotch Whisky Industry as we know it today, making legal distillation an affordable and safer alternative to skirting the law. The Act made distilling legal upon obtaining the Â£10 licence and paying a set tax on each gallon of spirit produced.

The MacGregor family owned the Balmenach Distillery for nearly a century, eventually forming the Balmenach Glenlivet Distilling Company in 1897 before eventually selling it to a consortium that would later become part of DCL (Distillers Company Limited). The distillery itself remained in operation fairly steadily except for a wartime and then expansion closure between 1941 to 1947. This all changed in 1993 when the distillery was amongst many to be mothballed and/or entirely closed between the 1980s and 1990s due to a long glut in whisky sales. It reopened again in 1997 after being purchased by Inverhouse Distillers, who also own Balblair, Knockdhu (anCnoc), Old Pulteney, and Speyburn distilleries.

Balmenach does not get bottled as a Single Malt Scotch by owners Inverhouse/Thai Beverages, instead being used mostly for blends. Independent bottlings such as this mini from Cadenhead can be found from time to time, however. One of the only ways to drink official, distillery bottled Balmenach spirit is to buy their Caorunn Gin, which has been produced at the distillery since 2009. 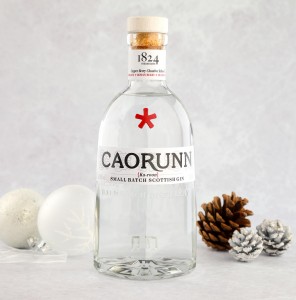 Finish: sweet and nutty with a touch of pepper and oak.

Comments: I am honestly surprised. I have never been an avid Balmenach follower but this is one pleasant dram. Smooth and sweet with just a touch of spice to add nuance. Youthful for certain, but also delicious and well balanced! $ – 10.99 (50mL mini bottle ONLY -Â We are looking at bringing in regular size bottles as well.)

You can find the rest of the blog posts here!

This entry was posted in Store, Whisky, Whisky Advent 2018. Bookmark the permalink.