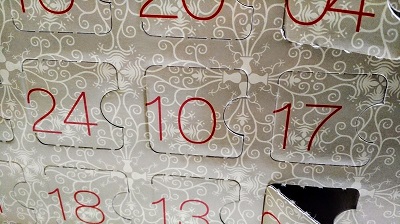 Glenmorangie is one of the World’s best selling single malt brands. Although single malts have been bottled and sold internationally for over 100 years, it was not until the 1960s that the big whisky companies started aggressively promoting single malts. The first four distilleries to do so were: Glenfiddich, Glenlivet, Macallan and Glenmorangie, in that order. Interestingly, 55 years on, those four distilleries are still the best selling single malt whiskies in the world, and are ranked in the same order for sales.

There are a few distinguishing characteristics which make Glenmorangie unique. First and foremost, its stills, which are the tallest and most slender in all of Scotland. “They are 8 metres high (26ft 1/4 inches) with their long copper necks standing at 5.14 metres (16ft 10 1/4 inches), the same height as a fully grown adult giraffe!” These stills ensure that only the lightest and most delicate vapours make it to the condenser, thus resulting in lighter more delicate spirit. The distillery was converted from a brewery originally established on Morangie farm in the 1730. Rather than the more traditional dumpy pot stills, the founder installed a pair of 2nd hand gin stills in the distillery. Today’s stills are modeled on that design.

Glenmorangie also has a unique water supply. The distillery is fed by the Tarlogie Springs, which bubble up from a limestone aquifer, rather than the granite filtered water used by almost every other distillery in Scotland. These natural minerals give it its ‘hard’ water qualities and provide Glenmorangie with a raw ingredient unique amongst Highland distilleries. 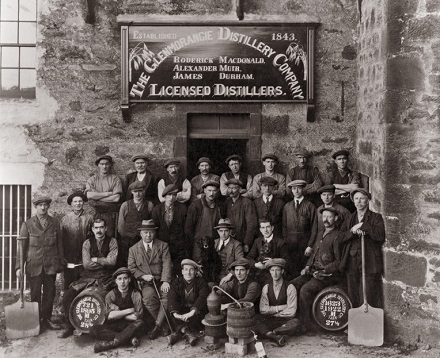 Glenmorangie Distillery is located along the Dornoch Firth, about a half hour’s drive north of Inverness on the A9. The nearby town of Tain, is Scotland’s oldest “Royal Burgh”, having been granted its charter in 1066. The distillery was acquired by their largest customer, a family firm MacDonald & Muir, in 1918. Macdonald & Muir was purchased by Louis Vuitton Moet Hennessy in 2004 along with Ardbeg and Glen Moray distilleries. The latter was spun off, as it was not considered a luxurious enough brand to fall under the LVMH banner.